Richard Mzamane Mabaso, born in Alexandra, Johannesburg, started his creative journey without any formal instruction rising to prominence in the late 80’s. His work Sunset Over Carmel below, are but one of the rarely seen gems of the From the Vault exhibition featuring artworks from the collections of the Universities of Stellenbosch and Fort Hare. The exhibition delivers a unique experience by bringing together sometimes overlooked art from seemingly opposite sides of the spectrum. 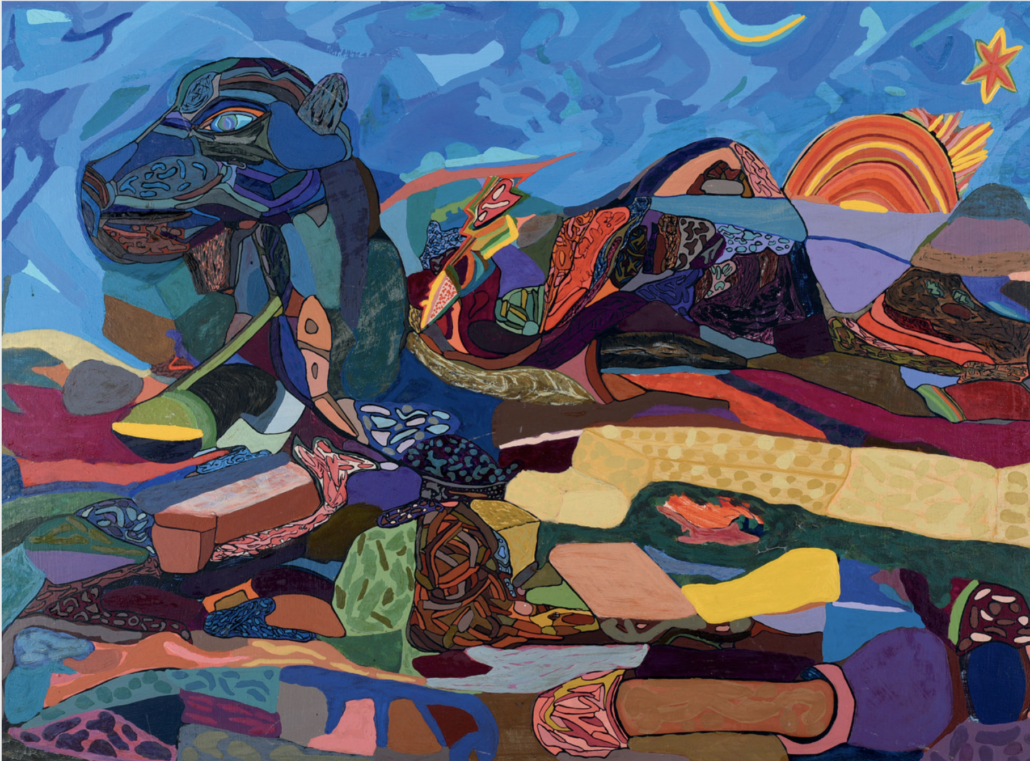 From The Vault exhumes archives and engages with buried museum collections as a critical resource to contextualise and map contemporary society and culture. It concerns itself with exhuming work that has long gathered dust in museum memory, bringing these works to the surface as an unravelling of history, an undoing of narratives. 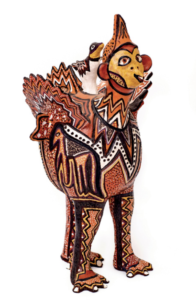 Engaging with the vault and collections of two institutions that occupy different ideological standpoints within South African history presents us with nuanced ways of being and seeing and aesthetic values as reflected in the collections within a particular time frame. A comparative analysis of the collections of the universities of Fort Hare and Stellenbosch produces a politics of “Strange there is no Pemba in Stellenbosch”–but what happens if we ignore the “strange” and look at the vault through a speculative lens if we suspend historical frameworks and adopt inter-subjective processes of meaning-making? Can we speculate on Future history?

Our approach seeks to conjure meaning from the remnants; from fragments of the “past”, which means imagining and discerning what has been in the “woods” and speculating on what is and could be. The late Fort Hare graduate and brilliant artist and thinker Selby Mvusi alluded that “the Arts concern themselves [ …] with living in the world in which we are”1, yet “the vault and the archive” are predominantly seen as repositories of the past, architecturally stored in rooms underground or concealed away from the gaze of the present and now. In the creative dialogues between then and now, in speculating on future history from the Fort Hare and Stellenbosch collections, we thus find ourselves at the crossroads; crossroads across geography, aesthetic values, time and space, impasses which we position as new zones of knowledge that ignite and convey conditions for possible alternative stories.

The exhibition From The Vault does not attempt to provide an overview of the collections, collecting practices or biographical and socio-political contexts. Whilst acknowledging these themes as important, our aims gravitate more towards activating than reporting on the archive in relation to the utopian, speculative, prophetic and futuristic theme of the Stellenbosch Triennale, Tomorrow There Will Be More Of Us. As Bill Ashcroft reminds us, “humanity requires utopian vision in order to imagine and thus affect the future.” 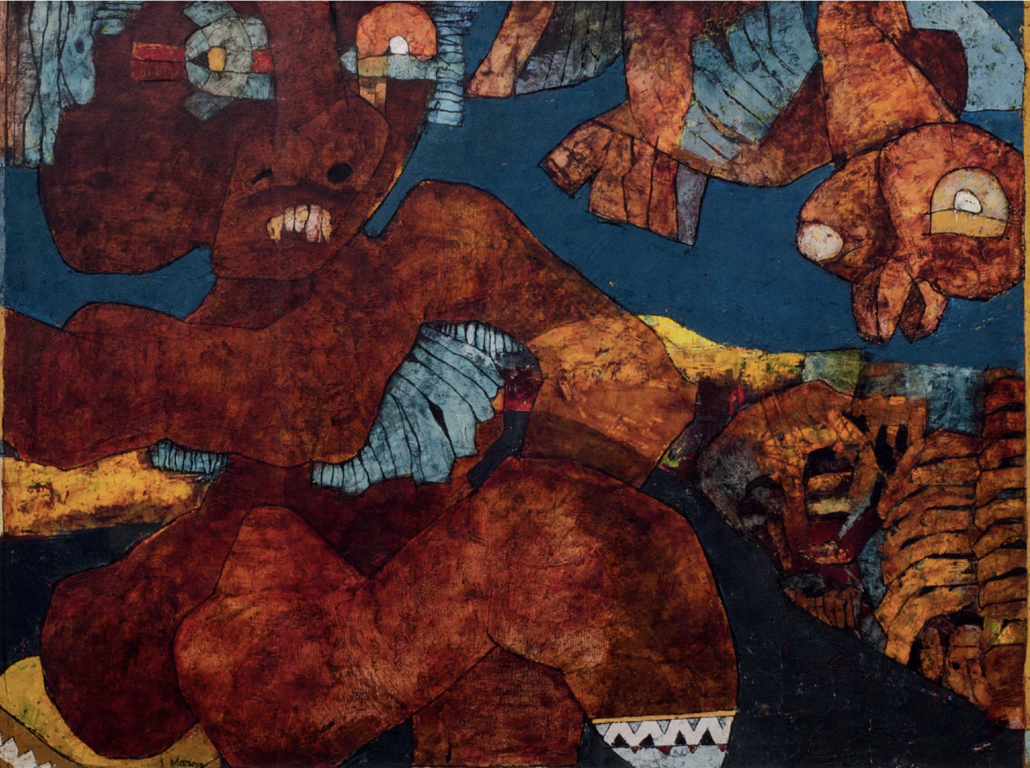 From The Vault looks at works in these collections as creative expressions that meditated on the future. In engaging with the collections, the intention has been to activate and extend imagining the collections beyond the limits of their respective historical contexts. We have thus deliberately suspended the past and re-imagined the archive in Mvusi’s thinking that “the past does not matter in a practice where the problem to be resolved, the commitment to be recognised and the question to be answered is: What is Our Time?” 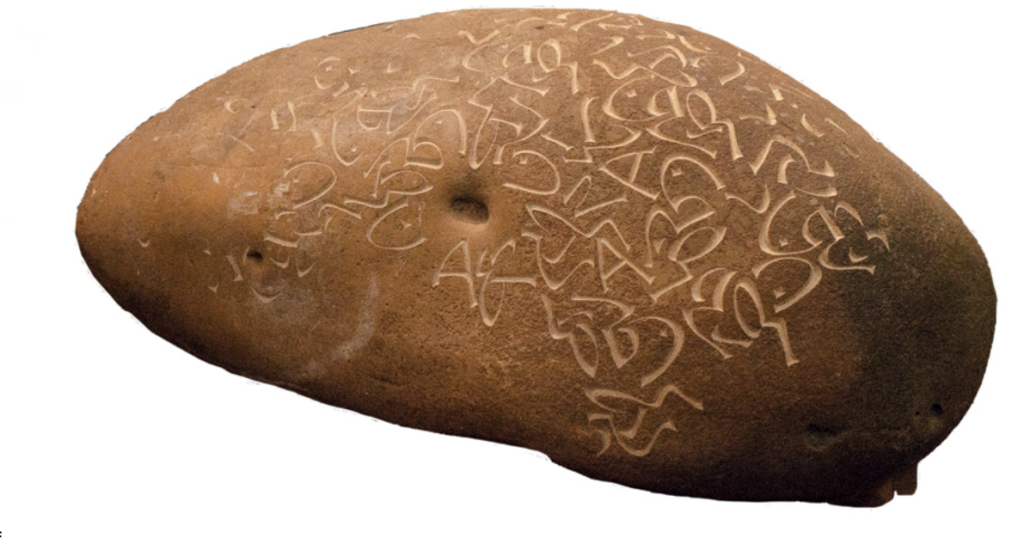 Imagination, as argued by George Didi -Huberman, has nothing to do with any personal or gratuitous fantasy. Didi-Huberman further states that imagination gives us knowledge that cuts through time and space: “by its intrinsic potential of montage consisting in discovering—in the very place where it refuses the links created by obviated resemblance, links, that direct observation cannot discern.’’5 In this sense, the lines between fact and fiction are blurred and the From The Vault exhibition becomes an interstitial zone of exploration, signalling a deliberate move to ignore the given conspicuous and logical possibilities. 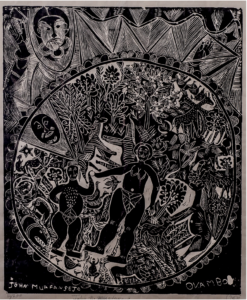 In activating the archive, we pull threads, echoes, values and themes that relate to present and future time. But voicing through the archive, we also hear silence and see erasure. Archives raise complexity, they sometimes escape historical reductionist frameworks and slip into the future, assuming different postures and meaning; what becomes of the colonial archive in de-colonial time, for instance? Some colonial archives collected under violence and plunder are assuming agency and power, becoming emancipatory sites of healing within the framework of contemporary repatriation debates.

In light of these complexities, From The Vault re-thinks context, meaning and the conditions in which the collections of the universities of Forth Hare and Stellenbosch came to exist, as well as considering contemporary matters at stake to enable us to read the collections outside their museum context. Our aim is to trace lines of inquiry that might activate and be productive in thinking about the “inexhaustible” possibilities of other histories that are not given yet.

From The Vault represents a critical engagement with time by browsing through historical acquisitions, examining their significance as fragments of the past and showing how museum vaults can be a compass for the future. From The Vault is a looking back, a narrative alignment in service to our imagination and a way to work with memory as a future possibility.

From the Vault will run till 30 April 2020 at the Stellenbosch University Museum, 52 Ryneveld Street, Stellenbosch.

From the Vault was made possible by Strauss & Co